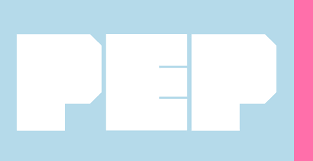 I wanted to hate that guy. I would have loved to hate that guy. How do you just bump into a consultation room without being called? You know it is unethical, it is lack of courtesy. He looked like the one who knew little about etiquette. I later realized that he was called Omondi (not his real name), Omondi from Homabay. Had he arrived a minute or so earlier, he would have found us examining the breast of a fairly young lady that came in with a lump in the right breast and was very worried. Luckily for her, we had finished the examination and she was dressing up.

Omondi  waited patiently outside till we finished with the lady. Then he got in without waiting for his name to be called. Did we throw courtesy to the jackals? Fortunately, he was next in line. He was a well built man, approximately six feet tall and dark in color. I don’t want to comment on whether he was handsome or not, I just want to tell his story. One thing that I was sure of, Omondi was not sick.

His card was marked very urgent, so we decided to deal with it with the urgency it deserved. I was to have my clinical exams very soon, so the doctor asked me to take the history and present it in a coherent way so that I build my confidence.

“So, what brings you to hospital today?”

”Daktari, you know people like us, we are old men..mmmhhh..“

“ Tell me what brings you to hospital,” I interjected sensing that Omondi was trying to veer off from what I wanted him to tell me. He was not as old as he was trying to insinuate. He was in his mid forties, very energetic and full of life. He leaned forward, I too leaned forward. After reassurance, he decided to hit the point.

“ Daktari, mine is a case of burst condom, I have come for Post exposure prophylaxis, Please give me a prescription. “ I admired his honesty. He looked embarrassed, miserable and so sinful after saying those words. I wanted to remind him that no sin is beyond redemption but time was not on our side, we had so many patients on our list that day. The doctor in charge was so pissed off with the whole idea of a burst condom. What angered him most was that a case like this had to be dealt with at Accident and Emergency, with red color code meaning very urgent. Omondi must have charmed the nurse at the triage. The doctor had no choice but to do the prescription which he did so quickly for that matter, just to have the man leave as quickly as possible. “Next time you go to the outpatient for a similar problem,” he said to Omondi  amidst the many thank yous that Omondi sang. I have never heard that many thank yous from a man.

I am a dreamer. I love medicine. She is generous. I am also in love with literature, she makes me see the world the way I want to and sometimes the way it is. View all posts by Dr. Kiaye Oliver